Professor of Late and medieval Latin Els Rose has, together with Cédric Brélaz (Université de Fribourg), published a new book on citizenship in late antiquity and early medieval times, titled ‘Civic Identity and Civic Participation in Late Antiquity and the Early Middle Ages’. 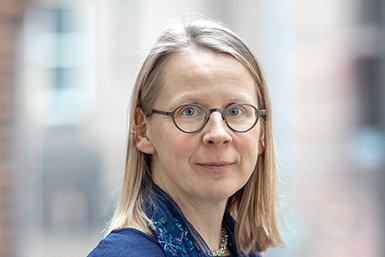 During the Ancient Greek and Roman eras, participation in political communities at the local level and assertion of belonging to these communities, were among the fundamental principles and values on

As a result, scholarship has largely overlooked participation in local political communities when it comes to the period between the disintegration of the Classical model of local citizenship in the later Roman Empire and the emergence of ‘pre-communal’ entities in Northern Italy from the ninth century onwards.

By reassessing the period c. 300-1000 CE through the concepts of civic identity and civic participation, this volume will address both the impact of Classical heritage with regard to civic identities in the political experiences of the late and post-Roman world, and the rephrasing of new forms of social and political partnership according to ethnic or religious criteria in the early Middle Ages.

Starting from the earlier imperial background, the fourteen chapters examine the ways in which people shared identity and gave shape to their communal life, as well as the role played by the people in local government in the later Roman Empire, the Germanic kingdoms, Byzantium, the early Islamic world, and the early medieval West. By focusing on the post-Classical, late antique, and early medieval periods, this volume intends to be an innovative contribution to the general history of citizenship and democracy.

Additionally, Els Rose has published a new article in Frühmittelalterliche Studien, Volume 55, Issue 1, named Citizenship Discourses in Late Antiquity and the Early Middle Ages. In this article, Els Rose “aims at presenting an ongoing research discovering new relevant avenues along which the Christianisation of ancient discourse can be studied alongside the possible social implications of this process by paying special attention to the performative impact of these sources. The present article identifies the sources in which significant semantic changes of civic vocabulary are traceable and relates these sources to the broader social context of the period of transition from the late Roman to the medieval world.” (Rose, p. 2) The article is available through open access.