Citizenship matters in the multicultural, multi-ethnic, and multi-religious societies of present-day Europe. A deeper understanding of historical citizenship discourses and the exchange between citizenship and religion helps to grasp the tensions and ambiguities that the perception of citizenship causes today. We collaborate with cultural partners in order to share the knowledge generated by the project with interested groups outside academia.

A Citizenship of Sharing

In this project we collaborate with the local Foundation Saint Martin Utrecht and the international Centre culturel Européen Saint Martin de Tours, supported by the European Council, to investigate the historical development and actual significance of local and European heritage, in particular of the local patron saint in historical and present-day programmes of urban culture and citizenship formation. Within the European network the focus is on the symbolic and universal meaning of sharing (partage citoyen), translated into concrete and contemporary forms of sharing cultural, ecological, and humanitarian goods and values. 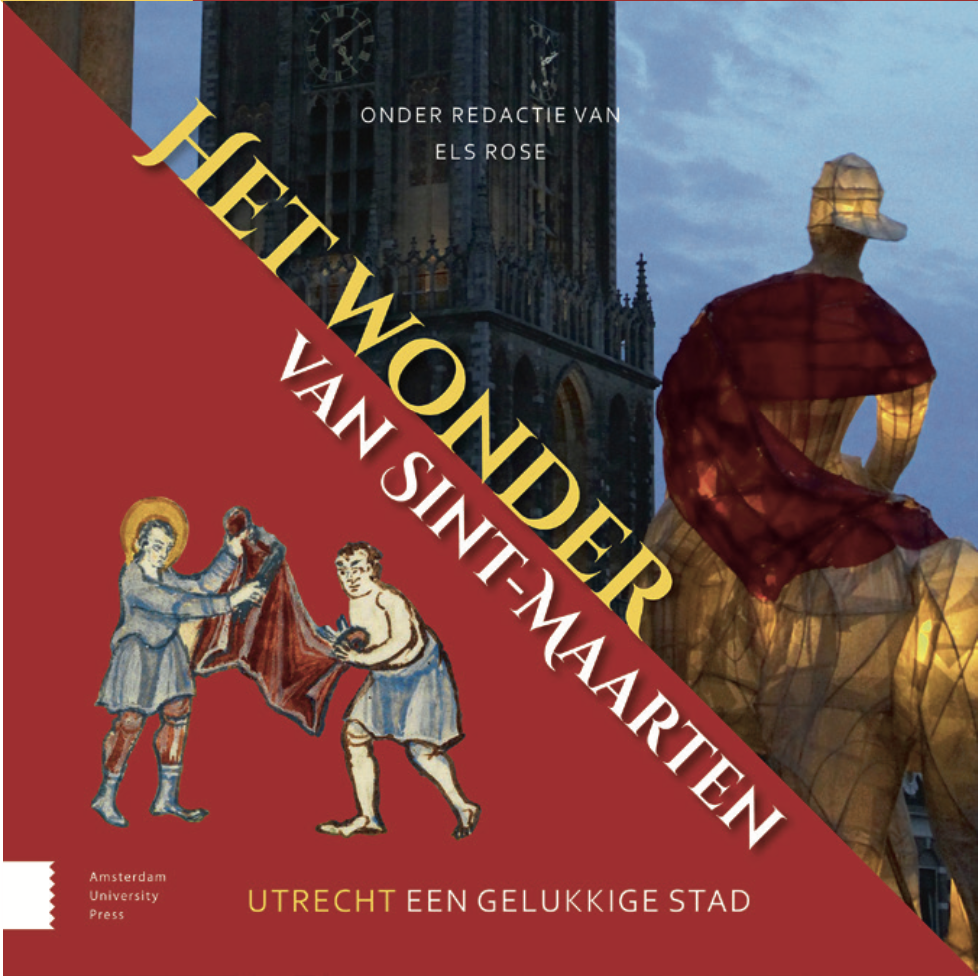 The urban patron saint Martin and performative expressions of urban citizenship in past and present were thematized in a public conference entitled A Miracle of Saint Martin: A Prosperous City, organised in 2022 at the occasion of the 900th anniversary of the Utrecht charter issued in 1122. The preparation of this conference was a collaboration between the Citizenship Discourses-project with various partners within the city and University of Utrecht. The conference presented the book Het wonder van Sint-Maarten. Utrecht, een gelukkige stad. The conference was framed by the full performance (from First Vespers on Sunday, July 3rd to Second Vespers on Monday, July 4th) of the chants that bishop Radbod of Utrecht (899/900-917) composed for the festive commemoration of the translatio of Martin’s relics on July 4th. This liturgical commemoration was installed on the Utrecht festive calendar by Radbod (UBU Hs 406). The day was closed with the presentation of the book. The website of Het Utrechts Archief hosts the audio-visual recording of the full Office for Martini translatio. For more information about the project, click here (in Dutch).

In February 2021, Els Rose presented at the symposium “De Klassieken in de Lage Landen”, organised for the 40 year anniversy of the journal Frons, blad voor Leidense classici. In her presentation entitled “Meer dan een schoolversje alleen. Wat ‘de klassieken’ betekenen bij Radboud van Utrecht (899/900-917)”, she discussed the role of classical authors and their language in the works of Radbod, in particular his Libellus de miraculo sancti Martini. An article under the same name was published in the anniversary edition of Frons, and can be found under the Output section of this website.

In 2019, Els Rose took part in the conference “Métamorphoses des églises dédiées à saint Martin: Construction, destruction, reconstruction”, organised by the Centre culturel Européen Saint Martin de Tours on 9 November 2019. Her presentation was entitled “Destructions et reconstructions de la cathédrale Saint-Martin d’Utrecht”. She presented three episodes of destruction of the Utrecht church dedicated to Saint Martin and its effect on citizens and their life. Traveling through time from the most visible to more hidden historical episodes of the history of this cathedral and its inhabitants she discussed the storm that destroyed the nave of the cathedral in 1674; iconoclasm in the age of the Reformation that destroyed the devotional art and liturgical disposition of the church as of 1580; the invasion of the region by Northmen, its political consequences and the formation of a new understanding of citizenship under the civic patron saint in the ninth and early tenth centuries.

In September 2018, the Centre organised its annual conference in Utrecht. Els Rose contributed with a presentation on the cult of St Martin in early medieval Utrecht, with special focus on the figure of bishop Radbod (899/900-917) and his literary and musical compositions. The lecture was entitled “Saint – City – Citizen: Radbod’s cult of St Martin in Medieval Utrecht” and was accompanied by a musical contribution of the Utrecht Schola “Gregoriaans Koor Utrecht”. A summary of this presentation can be found online.

Within the scope of Utrecht University’s Rectors League and Scholennetwork, the Utrecht Centre for Medieval Studies has developed a strong tradition of sharing academic knowledge with secondary education (see http://lesplannenmiddeleeuwen.wp.hum.uu.nl/). Together with partner Corderius College Amersfoort, a project week was organized in April 2019 for the school’s students in the age of 16. Students at all levels of secondary education (VMBO, HAVO, VWO) were invited into the University to participate in the week-long programme that enabled them to study, discuss and enact expressions of social, political and cultural citizenship past and present. An impression of the project week as it took place from 8-12 April 2019 can be found here.