Anne Sieberichs did a BA (Hons) Culture Studies at Tilburg University, while also having a specific interest in Biblical Hebrew. During her BA, she connected Culture Studies with the Middle Ages with a thesis on the medieval cardinal virtues within Tolkien’s The Hobbit. She is now a student Medieval History in the RMA Ancient, Medieval and Renaissance Studies at Utrecht University, where she is particularly interested in Merovingian hagiography, as well as gender in Anglo-Saxon England.

During her master-apprenticeship, she will be researching the terminology of the city walls/gates within Merovingian hagiography. This research attempts to shed light on the usage of this kind of civic terminology in the Merovingian period and whether this usage has been influenced by the Christian nature of hagiography; is there a distinctive use of words as murus and portas in Merovingian hagiography?  In order to examine this, she conducts quantitative analysis by means of the MGH database, distant reading and historical semantics. She has thus far found that forms of murus are most often used in combination with civitatis; city walls. This promises that the analysis of murus in particular will focus on the usage of city walls rather than, for instance, monastic walls. Additionally, the wall is not solely a static entity, but can also be used as a way of describing protection and ruin.

Teun van Dijk completed his BA in History at the University of Utrecht with a primary focus on Medieval History and a special interest in the history of philosophy. He is now a student in the medieval track of the Research Master Ancient, Medieval and Renaissance Studies at Utrecht, where he is mostly concerned with Medieval philosophical and religious thought.

During his master-apprentice in the Citizenship Discourses project he is investigating civic language in the works of Bernard of Clairvaux and Hugh of St. Victor. His research attempts to understand the way both writers used civic terminology in their efforts to direct the members of their monastic and canonical audience to the contemplation of God, in relation to the different environments their institutions occupied within the world. 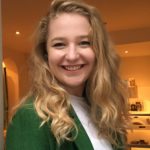 During her History BA (Hons) at King’s College London, 2016-2019, Ophelia Norris focused mainly on Merovingian Francia. She is now a Research Master’s Student at Utrecht University of Medieval History, and primarily interested in the cultural and religious history of the early middle ages.

Over the course of the master-apprenticeship, she looked into the relationship between Tironian notes and civic discourse. This line of inquiry occurred due to questions brought up by the Tironian note lexicons, combined with the notes’ general abundance in medieval manuscripts. In order to tackle this, she examined the variations between different lexicons and manuals; the possible influence of rhetoric on them, and the use of Tironian notes in poetry, Patristic writings, and educational texts. She found thus far that civic language does not tend to be written in Tironian notes, which may be due to the esoteric nature of the shorthand system in contrast to the more fundamental nature of citizenship discourse. Furthermore, the Tironian notes in general require far greater historiographical attention, as they could provide a wealth of information that is greatly overlooked. 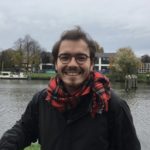 Eduard Visintini did his BA in History at the University of Vienna, with a particular focus on Medieval History and Social and Economic History. As a master-apprentice in the Citizenship Discourses project he is currently analysing the civic language used in Bede’s Historia Ecclesiastica Gentis Anglorum, both concerning the concept of citizenship and the architectonical descriptions of settlements in early medieval Britain, and studying Bede’s narrative use of the said terminology. His research interests include the transformation of the European continent between late Antiquity and the early Middle Ages, particularly regarding social and economic transformations.