A Miracle of Saint Martin: A Prosperous City Event

On November 11th, Citizenship Discourses launched the website of the public festival A Miracle of Saint Martin together with the partners associated with the event that will take place during the Summer of 2022. The project is being prepared as a birthday present to the city of Utrecht, celebrating its 900th anniversary in 2022. The day started off with Saint Martin cakes, coffee and tea. After explaining the details of the project, Els Rose pushed the button and launched the website exactly at 11:11. 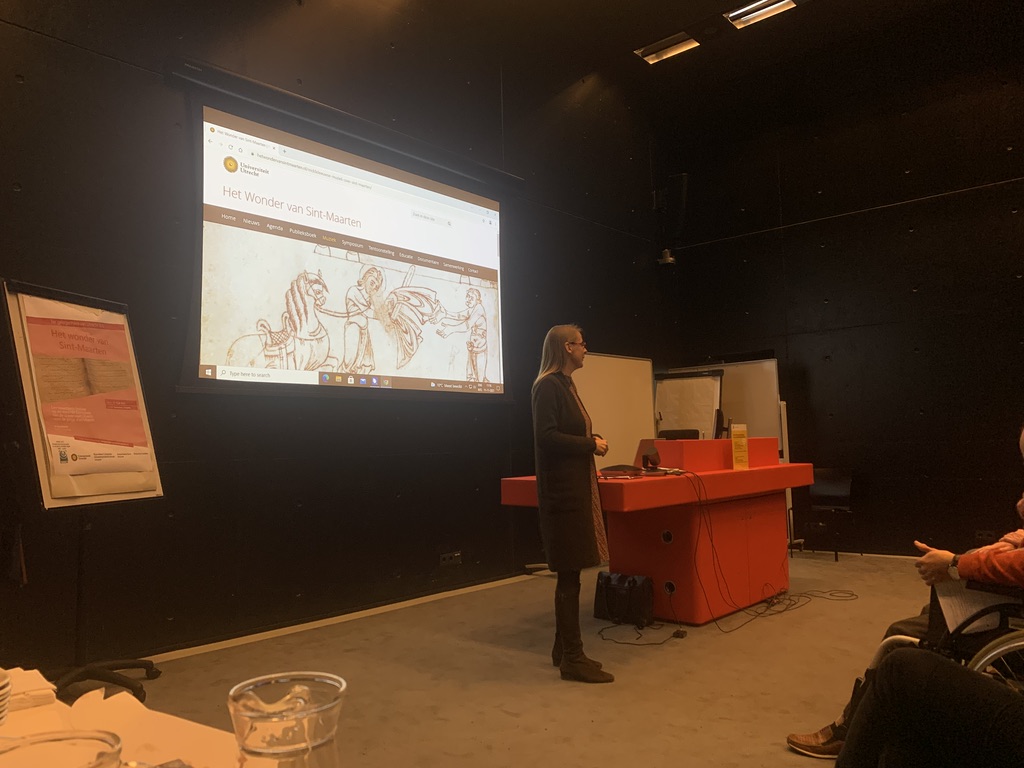 Prof. dr. Els Rose showing the website after its launch

Two performances followed by Het Gregoriaans Koor Utrecht led by Anthony Zielhorst, singing the chants for Martin’s Translation on 4 July from manuscript UBU 406. Afterward, there was the possibility to view the manuscripts containing different Martinelli, and the manuscript that is central to the project and contains the twelfth-century notation of Martin’s Translation, UBU 406. The project partners as well as the six interns who prepare an exhibition for the festival enjoyed looking at this medieval material in person with experts from different disciplines being present to explain the various details of the manuscripts. The event showed the coherence between Utrecht University and the city of Utrecht and promised a prosperous event for the Summer of 2022.